On the 9th January 1995 Captain Skog decided to conduct a man overboard drill. The ship, MS Explorer, was in St Andrew’s Bay on South Georgia. Dr Rod volunteered to be the victim. He was dressed up in a dry suit, taken out in a Zodiac and “thrown overboard”. The Zodiac returned to the ship.  A “Man Overboard” alarm was sounded, the crew scrambled and Dr Rod was “rescued”. The Ship’s Doctor went through the drill of ”resuscitating” him.

On his next stint in Antarctica, in January 1997 the Explorer found itself in the Weddell Sea. An extremely cold part of the world. With his “volunteer” on board Captain Leif Skog decided to repeat the MOB drill. Only this time he wanted to simulate an entire Zodiac spilling into the sea. So 6 crew members suited up. Dr Rod was actually the first one overboard and the last one “rescued”. Captain Skog recorded it as the first ever MOB drill on the Weddell Sea.  So Dr Rod is the first person ever to go swimming in the Weddell Sea and live to tell the tale. 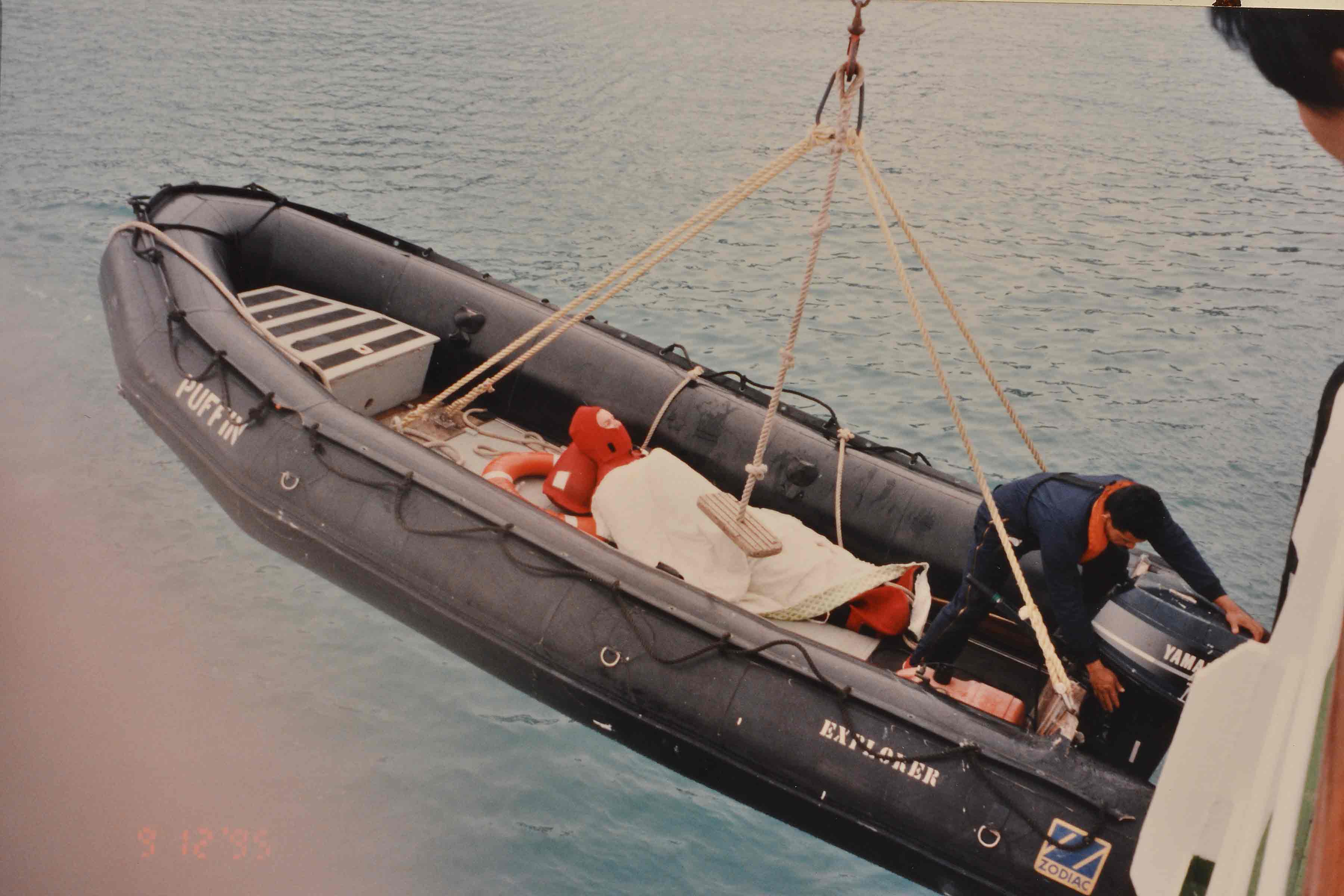 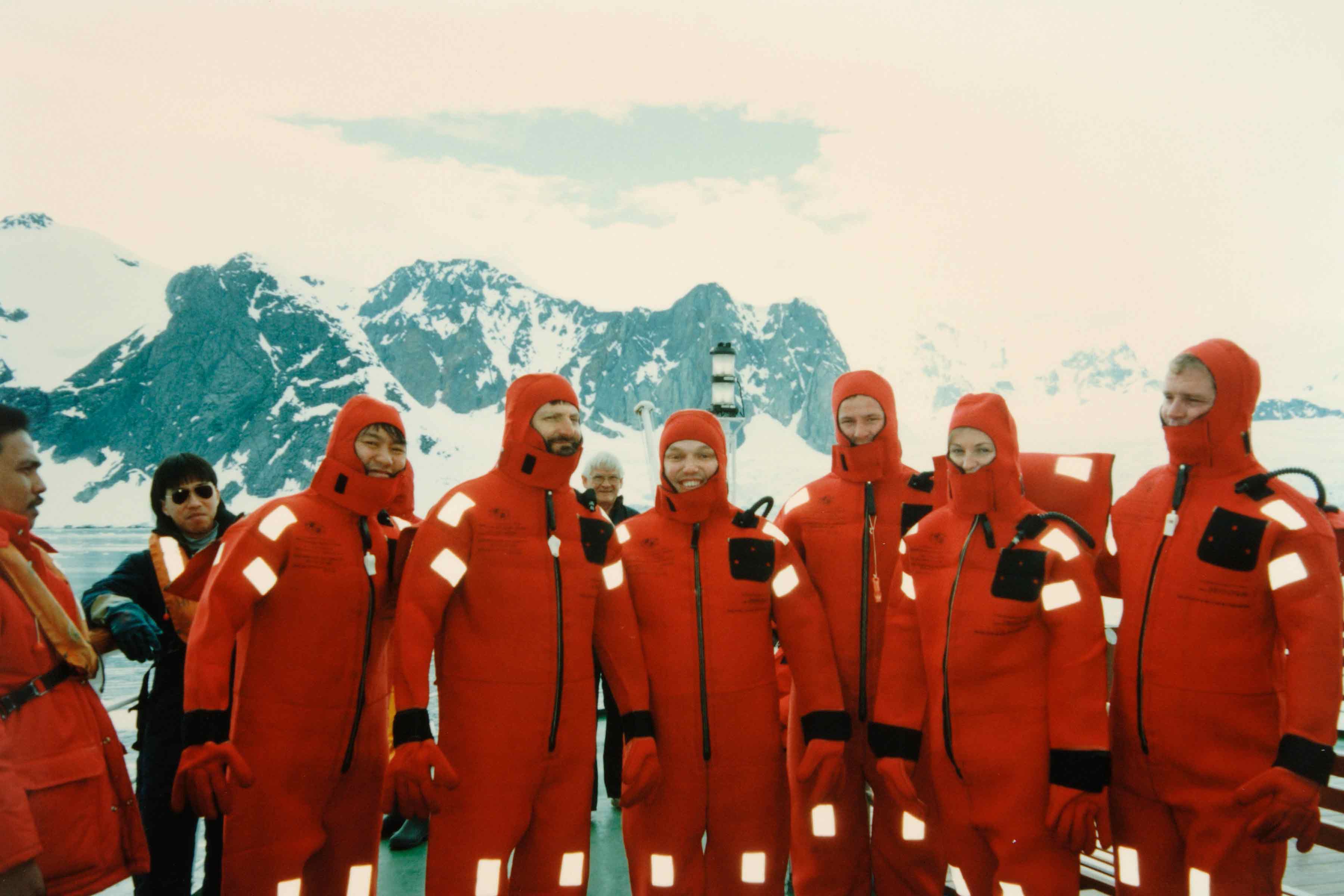 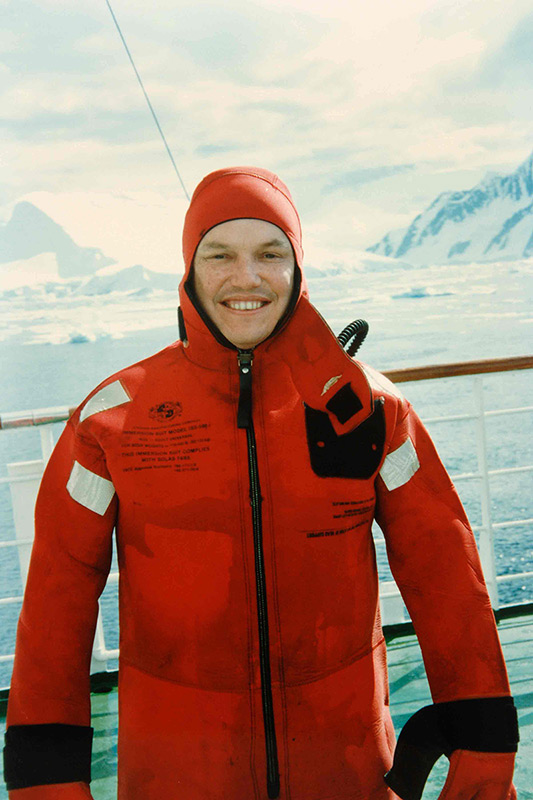