Dr Rod has made 187 donations at the Red Cross Blood Bank. He was well on his way to joining the elite 300 club when the Red Cross introduced a ban on donors who had lived in the UK in the 80’s, during the “mad cow” scare. He started when he was 18 and regularly donated whole blood for a while. Then he found out how important it was to donate plasma. He would receive boosters of tetanus that would force his body into overdrive making tetanus antibodies. They would take his plasma and extract all the Tetanus anti-bodies, concentrate them, and then use that as a treatment for people who were exposed to tetanus.

But probably the most rewarding thing he did was get involved in the platelet donation program. Platelets are tiny little parts of the blood that help the blood to clot.  When a child is having chemotherapy or radiotherapy for Leukaemia their bone marrow is annihilated to kill all the cancer cells. Unfortunately it also kills the cells that make all the healthy components of the blood. One of the hardest things to replace is the platelets. So, when a child is slated for full therapy they used to pair him up with a specific donor. The donor would have to commit to 3 hour sessions weekly for 2 months. The donor never knew any details about the recipient but just the feeling that you were specifically helping out one child was hugely satisfying. Dr Rod was privileged to be asked to do this 3 times. 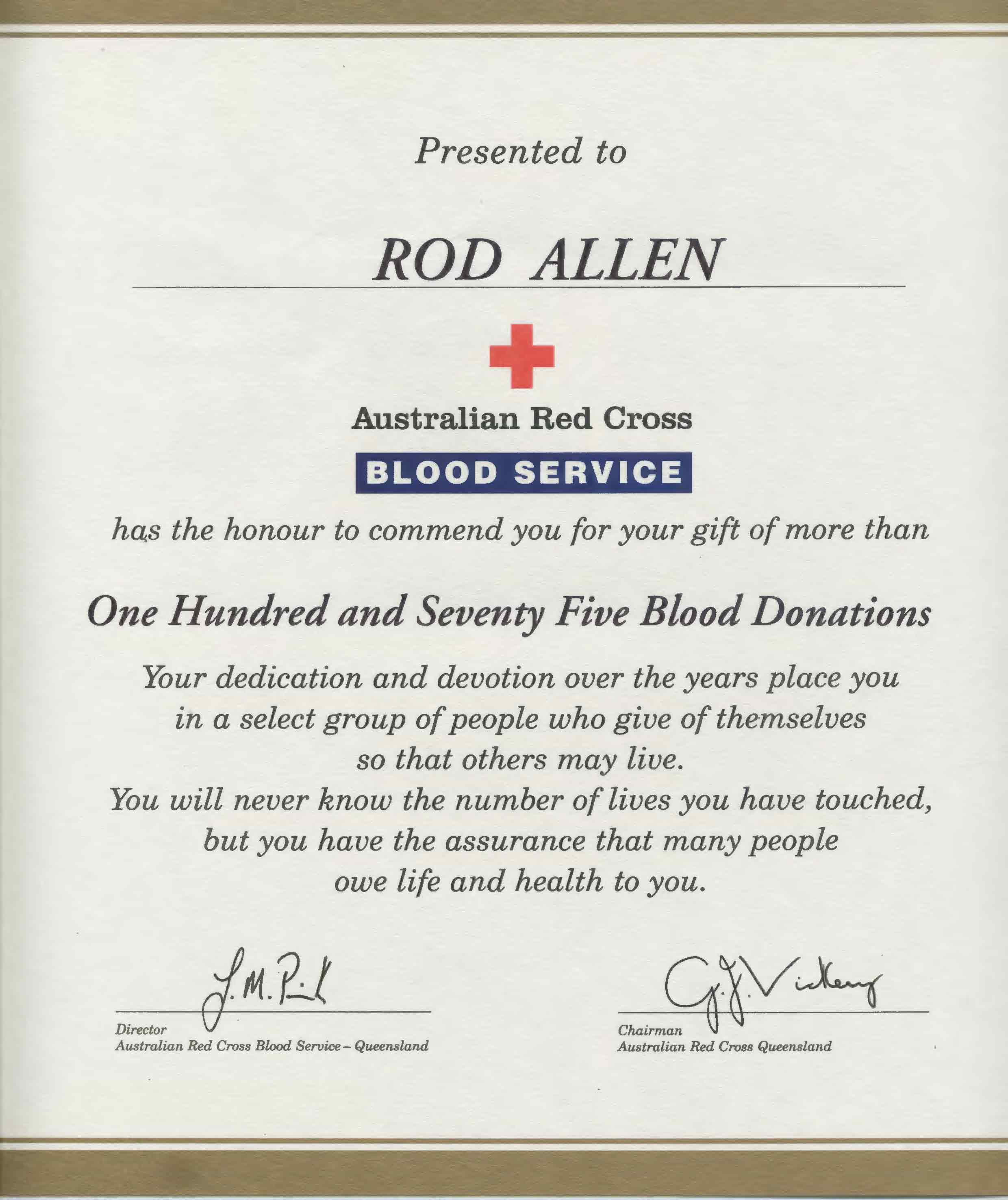 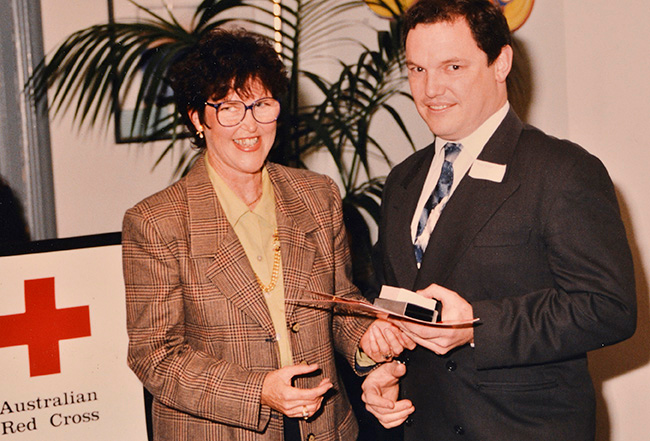